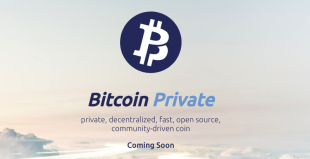 A recent tweet from the promoters of Bitcoin Private, a fork of ZClassic finally revealed the pre-fork roadmap of the proposed coin. Although the roadmap misses the hard deadlines, it aims to clear a lot of uncertainty around it. The official whitepaper is yet to be released.

Community, we feel we owe it to you to provide a #BitcoinPrivate pre-fork roadmap so you have a clearer view of what is to come. While the actual code for Bitcoin Private is finished, there are still a few tasks ahead of us. See below for our pre-fork roadmap: pic.twitter.com/JOqAQXUxqi

According to the official release, when the hard fork will occur, a snapshot of all existing ZCL and BTC holdings will occur. Anyone holding ZCL or BTC in a wallet or supported exchange will be credited Bitcoin Private (BTCP) at a 1:1 ratio. For example, if you hold 15.4 ZCL and 0.1 BTC, you will receive 15.5 BTCP. Currently, there are about 3,000,000 ZCL in circulation. When the fork occurs, the total BTCP in circulation will be the current circulating supply of BTC plus ZCL.

Zclassic can be currently bought on Bittrex, Cryptopia and Coinexchange.io. Zclassic, originally a fork of Zcash, is a decentralized and open-source technology that offers privacy and selective transparency of transactions just like its parent technology but differs in removing the 20% fee. Miners earn their fair reward, that they deserve and the coin development is supported by the community.

Since the fork is announced, the prices of Zclassic have been soaring & touched their all time high of ~ BTC 0.016 until the recent correction on account of Asian markets reacting to South-Korea and Chinese regulatory news.

Disclaimer: CoinScenario.com does not endorse nor support this product/service. CoinScenario.com is not responsible for or liable for any content, accuracy or quality within the press release.

This is a paid press release, which contains forward looking statements, and should be treated as advertising or promotional material. Coin Scenario.com does not endorse nor support this product/service. Coin Scenario.com is not responsible

PR: X Win Crypto Bet – the Right ICO Could Be the Best Way to Enrich Yourself

This is a paid press release, which contains forward looking statements, and should be treated as advertising or promotional material. Coinscenario.com does not endorse nor support this product/service. Coinscenario.com is not responsible for or

London, January 16th 2017. Reaching out online with a campaign that offers a not-to-be missed coupon opportunity is an effective form of marketing. Everybody loves a discount. Yet, with as much as 307 billion

The size of the global online employment market is ballooning, and the time for a structured credentials system to ensure full reliability and transparency and to cut down on wasted time and money is now.

Blockchain in Healthcare: Use Cases