An Israeli shell company, Apollo Power, had its stocks soar after revealing that they had harnessed solar power for crypto mining. However, such claims turned out to be exaggerated, and they are now being sued.

One of the most intriguing debates about cryptocurrency is the power used in mining and for transactions. Some have said that the total power consumption used by Bitcoin miners is more than the total of 19 European countries. Then there’s the fact that most of Bitcoin mining occurs in China, which uses coal to fuel their power plants. Such issues are why people are looking very hard for ways to reduce power consumption when mining cryptocurrencies. It seemed that a solution had appeared when an Israeli company said that they had completed a successful experiment using solar power for crypto mining. However, the company is now being sued as such a claim is being labeled as misleading. 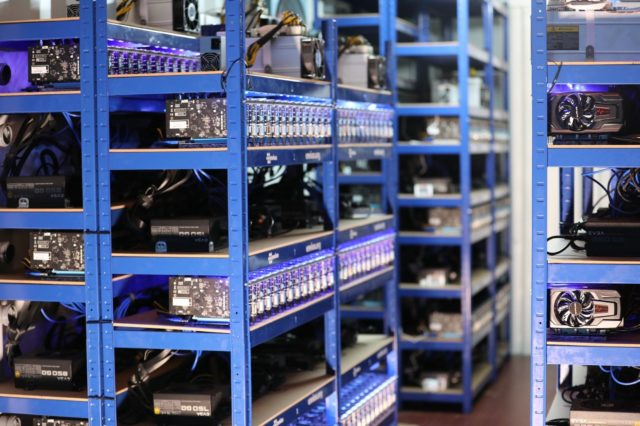 Harnessing the Sun for Crypto Mining

The whole ruckus began when Apollo Power, based in Tel Aviv, made a filing to the Tel Aviv Stock Exchange in mid-December. In that filing, they said that the company had just completed a successful experiment where they used solar power for mining cryptocurrency.

The result was that their stock immediately shot up in value. It went from $10.7 million in value to $14.9 million. People were excited as Apollo Power said that they had achieved a technological breakthrough. The company also said that they had filed a patent with US authorities for a modular solar system that contained a built-in crypto mining component. A win-win for the environment and for crypto miners.

But Wait Just a Minute

The euphoria and increased stock value were short-lived. Later in the day, just before the market closed, Apollo Power filed a second document. This was due to the Israeli securities authority asking for further clarification on this “technological breakthrough” that would energize cryptocurrency mining.

The second document revealed the truth. The test that Apollo Power conducted lasted for 30 minutes, and the total amount of crypto mined was 0.00054 ETH. This boils down to a whopping 4 cents. The net result of an entire year of mining using the solar power technology would only equate to $130. Another tidbit in the document was that the power generated by the solar unit was not enough to mine bitcoins.

The Horror of FOMO

Once the updated news got out, the company’s stock value fell down to $10 million. One investor in the stock, Eli Buchris, has sued, stating that Apollo Power filed a report that was “partial, misleading, false, deceitful, and at the very least negligent.” Buchris maintains that the first filing was done to convince investors into buying the company’s stock.

It does look like this is a pretty open-and-shut case. Situations like this show how FOMO (fear of missing out) works. Some major news hits the wires, causing people to begin investing their money to beat the rush and to cash in on the new thing. Far too often, such spectacular announcements turn out to be too good to be true.

This fear is compounded with crypto as people have endlessly heard about those who bought into virtual currency early on and are now millionaires. Fortunately for many individuals, Apollo Power was forced to provide more concrete details to regulatory authorities. As always, one should always do as much research possible before investing and never forget the old adage of “buyer, beware!”.

Do you think solar power can eventually be harnessed to mine cryptocurrency? Would you have bought shares in Apollo Power right off the bat after they made their first announcement? Let us know in the comments below.

After the Futures: The Next Chapter for Bitcoin

This Week in Bitcoin: The Bitcoin Fork Tsunami Gives Way to a Ripple

Viola.AI, the A.I Blockchain Marketplace for Love Partners with Matchmaking Institute to Bring Thousands of Trained Dating Experts from 46 Countries

The World’s First A.I-driven marketplace, Viola.AI is happy to announce the exciting and strategic partnership with Matchmaking Institute to bring aboard thousands of certified matchmakers and dating experts from over 46 countries from around the

GI, Gibraltar, January 3, 2018. – STK has closed its Token Generation Event after successfully reaching its hard cap of $17MM more than a month prior to its scheduled public sale. After adjusting private and

TORONTO, Jan. 03, 2018 (GLOBE NEWSWIRE) — (TSX Venture:FTI) FTI Foodtech International Inc. (“FTI”) announces that it intends to arrange a private placement for up to $3,000,000. The proposed private placement would be a

DNotes Global, Inc. has announced a new partnership with technology consulting firm Geneca. The move will expand the company’s development team as it prepares to launch DNotes 2.0 in the first quarter of 2018,

Blockchain in Healthcare: Use Cases