The largest stock exchange in Russia, Moscow Exchange, has been building an infrastructure for the trading of cryptocurrencies. However, recently the central bank has reportedly “banned” the exchange from launching bitcoin futures until the country’s cryptocurrency regulatory framework has been implemented. News.Bitcoin.com reached out to Moscow Exchange to verify this report and to find out the exchange’s plans for cryptocurrency and bitcoin futures trading.

Russian news agency Tass reported on Thursday that, according to their sources, “the central bank banned Moscow Stock Exchange from starting the trading of 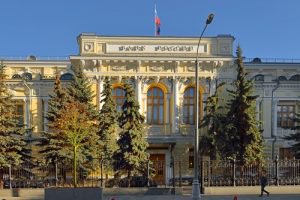 bitcoin futures.” The news outlet conveyed, “the Bank of Russia is ready to return to consider this issue only after the corresponding legislation appears in Russia.”

However, Andrey Braginskiy, Managing Director of Communications at the exchange, told news.Bitcoin.com on Friday that Tass’article “is not entirely correct.” He elaborated, “we haven’t asked the Central Bank of Russia (CBR) for permission to list the new futures contract. Therefore, stating that they have denied the permission is not accurate.” He then revealed:

Generally, listing the new bitcoin index futures doesn’t require any new regulation. Of course, an agreement with an exchange that calculates the index is needed. But the Russian regulator needs to be in comfort.

Moscow Exchange first announced that it was building an infrastructure to support the trading of cryptocurrencies in August, particularly bitcoin and its derivatives. News.Bitcoin.com also subsequently reported the exchange saying, “from both regulatory and technical standpoints, potentially it could be faster and easier to start with trading in cryptocurrency derivatives.” 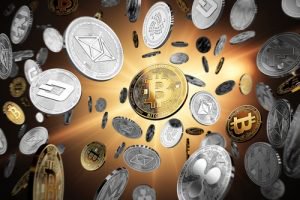 Braginskiy told news.Bitcoin.com that the trading of cryptocurrencies themselves including bitcoin “is not on the immediate agenda as listing cryptocurrency would require a new regulation (unlike futures).”

In contrast, he reiterated that to list and trade bitcoin futures “no regulation is needed but the regulator needs to be in comfort.”

There is a lot of hype around cryptocurrencies in Russia and bitcoin’s price is a top news story almost every day. So there is a lot of interest from brokers and their clients for exchange-listed futures.

His comment came on the same day the Chicago Mercantile Exchange Group (CME) announced that it will commence trading bitcoin futures on December 18. Meanwhile, Chicago Board Options Exchange (Cboe) and Nasdaq also have plans to trade bitcoin futures.

Last month, Russia’s president Vladimir Putin met with the country’s top regulators and subsequently confirmed that Russia will regulate cryptocurrencies. He further issued a mandate for the regulatory framework for cryptocurrencies in Russia to be finalized in July of next year.

A global currency is coming, whether you like it or not

The onset of Blockchain into the world’s financial markets has brought with it many new ideas, introduced rapidly to wide-eyed market participants

IOTA and Microsoft team up for IoT