Yesterday proved to be a rather interesting day for cryptocurrency markets in general. After several weeks of losses, things have certainly taken a turn for the better. Even the Bitcoin Cash price is looking up again thanks to a solid 16.65% gain over the past 24 hours. With a Bitcoin Cash price of $1,144.6 again, things are looking pretty interesting.  Whether or not this current trend can be kept in place for another few days – or weeks – remains to be determined.

Even though not everyone is convinced Bitcoin Cash is here to stay, one cannot argue the altcoin made a positive impact throughout 2017. More specifically, it shows how a different mindset can elevate Bitcoin to a whole new level. As such, the Bitcoin Cash price has made some interesting movements throughout 2017 and early 2018. While the all-time high of nearly $3,000 is quite a long way away, the current Bitcoin Cash price is not looking all that bad either.

Thanks to the solid 16.65% gain over the past 24 hours, the Bitcoin Cash price has rebounded back to over $1,125. This is quite a welcome change of pace for BCH supporters, as the Bitcoin Cash price dipped all the way to $774.12  not that long ago. With so many markets suffering from negative pressure in the past few weeks, that dip was not all that surprising whatsoever. Thankfully, the market is following the general uptrend in cryptocurrency by appreciating in value once again.

It is evident these gains are quite spectacular, considering most currencies are only up by single-digit percentages right now. Bitcoin Cash also notes strong gains against Bitcoin, as the BCH/BTC ratio improved by 10.07% over the past 24 hours. That in itself is quite interesting, considering how the Bitcoin price itself has gone up by over 5.5% in the same time period. When altcoins gain in both USD and BTC value at the same time, interesting things are bound to happen sooner or later.

With $1.631bn in 24-hour trading volume, the demand for Bitcoin Cash appears to be rather genuine. All markets see a nice influx of trading volume again after a few weeks of declining volume and prices. Whether or not this is a major turn of events for the Bitcoin Cash price in general, has yet to be determined. If this trend can be maintained for a few more days, we will see a nice appreciation in value for all currencies before the month of February is over.

Unsurprisingly, OKEx is the largest trading platform for Bitcoin Cash as of right now. They generate an astonishing 732% of all trades with their BTC pair, and another 3.12% of trades with their USDT market. HitBTC is the only other exchange in the top three, which is rather surprising. One would expect Bitfinex to make a bigger impact on this market right now, but their volume is confined to $36.834m in 24 hours. Not overly impressive, but it is not all that bad either.

For the time being, we will have to wait and see what the future holds for Bitcoin Cash and other cryptocurrencies. More specifically, this current uptrend will eventually result in some form of a retrace. After all, that is the cycle we have seen in the past few days, and it is unlikely that situation will change in the near future. For now, the Bitcoin Cash price gain is pretty interesting, but there is still a lot of work to be done in the next few days and weeks. For now, one should take profits before things turn sour again, as this trend will not go on forever. 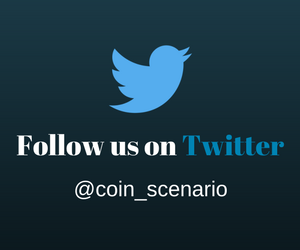 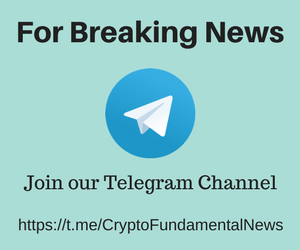