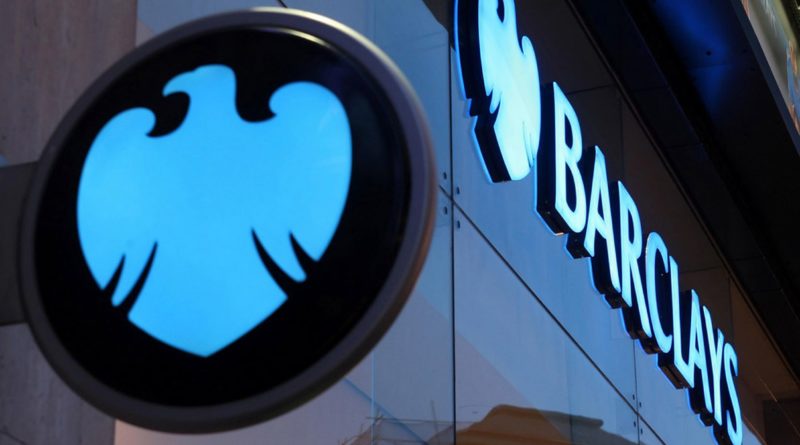 Barclays, the UK’s biggest bank, has applied for three U.S. patents. Believe it or not, while reading this article you will get to know what these patents are all about and also how far the banks have gone to take governance under their control.

Barclays has outlined a system that uses blockchain technology to combine the pseudonymity of cryptocurrency with the legacy financial system and its KYC/AML regime. The London-based bank first applied for the three patents in July 2016, though they were only published by the U.S. Patent & Trademark Office (USPTO) on Thursday.

Create & destroy cryptocurrencies or Digital Currency Units as we know it

The first patent describes a system for transferring digital currency from payer to recipient that would securely authenticate the identities of both, as well as validating and recording transactions using public-key cryptography and a digital currency ledger.

Beyond currency transfer, the patent goes on to describe a wide range of use cases for securely and privately processing data in a trustless manner using a blockchain system. One illustration outlines how claims and attestations could be verified on the blockchain, using the example of credit status and insurance claims.

Barclays envisions the potential beneficiaries of such a system to be individuals, authorities, enterprises, and banks, as well as objects to which a digital wallet could be assigned, such as an Internet of Things (IoT) item. The patent further outlines the advantageous step of using a Merkle Tree Structure to store blocks in order to maximize efficiency and ease data validation.

Barclays proposes a system that allows particular users on the network to create and destroy units of digital currency on a blockchain network. Such users — perhaps a central bank or other financial institution — are able to alter the currency’s monetary supply by using special “currency issuer secret keys,” which allow them to add new units of currency to the network’s public ledger, and “currency destroyer secret keys,” which authorize them to remove specific units of currency from the ledger.

The patent authors explain that such a system could be used to allow users to deposit funds at a bank or other currency conversion service and convert them into digital currency, then withdraw them from the ledger later, all without altering the balance between the total value of currency in the digital currency system and all other currency systems. In other words, Barclays seems to envision a fiat-pegged stablecoin as the basis for its blockchain network.

The destroy function could also be used to replace unspent funds referencing older blocks in the ledger with outputs in new blocks, enabling the ledger to discard older blocks and reduce the amount of storage space required to operate a node.

Finally, this tool could be used to seize funds that become associated with fraudulent or other criminal activities. But though this function would be a boon to institutions concerned about complying with anti-money laundering regulations, it’s easy to imagine it raising concerns among consumers.

Iterative KYC on a Blockchain

The other two patents outline how such a blockchain network could be used to enhance the security and efficiency of identity verification and other processes that involve sensitive information.

Under the proposed system, one or many third parties can individually or collectively vouch for the identity or reputation of another user on the network, such as a cryptocurrency wallet holder.

A classic example of this are services that are required by law to restrict access to users above a certain age, such as 18. Having to perform age verification with every such service is not only time consuming but also makes it more likely that sensitive personal information will fall into the hands of hackers.

In Barclays’ proposed system, a user could make certain claims when conducting transactions on the network — e.g. that he or she is old enough to purchase an age-restricted item from a merchant. If the user has already performed age verification with another trusted third party — perhaps their primary banking institution or another merchant — the seller can verify this through the blockchain’s “claims tree,” removing the need for them to manually review verification claims.

Moreover, users could register for cryptocurrency wallets on the network with minimal documentation and only undergo one-time KYC verification as needed to transact with other users dealing in restricted products or services.

Depending on the sensitivity of this data, verified claims could also be cryptographically obscured, ensuring that only certain entities can access user information through the network.

Ultimately, the bank envisions that such a system could be used to verify the integrity of a myriad of claims, ranging from driving privileges to creditworthiness to the ownership of Internet of Things (IoT) devices and the authorization of these devices to transact in digital currency.

However, Barclays, a multinational financial institution with tens of thousands of employees working out of offices located across the world — argues that this system would benefit not only consumers but also actors throughout the economic supply chain.

At a basic level, banks and merchants would spend less time on KYC/AML compliance, reducing overhead and streamlining their internal operations. It could also improve data security since the volume of personal information held by individual institutions would be much smaller than at present.

“This may result in improved security, better risk decisions and a financial opportunity for the operational role that they may now play in retail and other transactions,” the patent authors wrote. “Banks, in particular, may benefit by a significant reduction in the processing (e.g. computer processing) and financial costs of maintaining systems of record and providing the necessary scrutiny to regulators and others.”

A person with knowledge of the process told CoinDesk on Monday that the bank is gauging how interested clients of the bank would be in a crypto-specific trading desk. Bloomberg was the first to report that Barclays is talking to clients about a cryptocurrency service.

As it stands, the bank doesn’t have any concrete plans to begin trading cryptocurrencies, the person said, adding that the majority of – if not all – major banks are likely to be exploring that option. The person added that Barclays is considering whether to extend the trade offering to its entire suite of clients, including institutions and hedge funds.

“Barclays has no plans at this time to build a cryptocurrency trading desk. We constantly monitor developments in the digital currency space and will continue to have a dialog with our clients on their needs and intentions in this market going forward.”

Other banks have reportedly been weighing a similar launch, most notably Goldman Sachs, which was the subject of speculation back in December. Yet weeks later, CEO Lloyd Blankfein shot down the rumor, though he left the door open to opening a crypto-focused trading desk during remarks in January.

Hedge funds are increasingly interested in trading cryptocurrencies, providing a growing client base for investments banks carrying out cryptocurrency trading.

The initiative of the English Bank is pretty optimistic. But with the patents on their way, it doesn’t seem like the bank is going to stop at anything to achieve that centralization which they have been owing for such a long period of time.