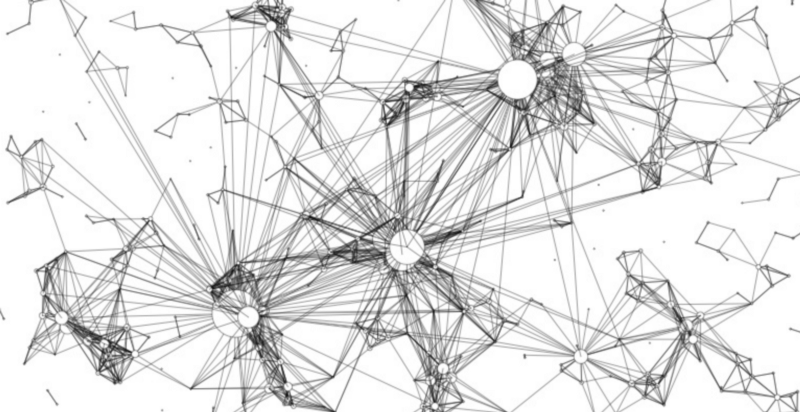 A Blockchain which is a distributed and decentralized server, doesn’t have any central server, it has distributed nodes all over the globe and each node participates in the administrating the network.

Blockchain and Traditional Database, Which one should you go for?

In one of our previous post, “What is Blockchain? And What is Bitcoin? ” we have explained how the Blockchain works, how the network is decentralized, how every individual node keep a copy of their Blockchain’s database and Block validators or the miners validate the transactions.

Go through these two articles in order to understand how the Blockchain and Bitcoin works.

Now, we will talk a little about the traditional database to understand what they are, then we will discuss what the Blockchain has to offer.

In an article, “Do we really need Blockchain?” we have talked about whether the businesses that actually need a Blockchain as a database structure or a traditional database would address their requirements perfectly. This article raises a question that is there any significant additional benefit if a business shifts from a centralized database to a Blockchain?

The answer would be, not always. Blockchain provides some of the best features a database could ever have but that doesn’t really mean that going for a Blockchain based database will always be a sensible choice.

So, in brief, what a Blockchain database has to offer?

If trust and robustness aren’t an issue, there’s nothing a blockchain can do that a regular database cannot. (multichain.com)

The truth about blockchains is that, while they have some advantages, they also have their downsides. In other words, like most technology decisions, the choice between a blockchain and a regular database comes down to a series of trade-offs. If you’re blinded by the hype and deafened by the noise, you’re unlikely to make that choice objectively. (multichain.com)

This factor ensures the transparency factor is present in the Blockchain.

Blockchains are extremely fault tolerant which talks about the built-in redundancy factor of Blockchain, every node processes every transaction and every node has a copy of a Blockchain’s database, the nodes are connected peer-to-peer which makes the network fault tolerant as compared to the centralized networks, which are more prone to fail in case of an attack as they are administered by a single server.

Some of the features that are absent in the centralized database could help you decide which database would suit what kind of businesses.

Blockchains will always be slower than centralized databases. It’s not just that today’s blockchains are slow because the technology is new and unoptimized, but it’s a result of the nature of blockchains themselves. You see, when processing transactions, a blockchain has to do all the same things as a regular database, but it carries three additional burdens:(multichain.com)

Every blockchain transaction must be digitally signed using a public-private cryptography scheme such as ECDSA. This is necessary because transactions propagate between nodes in a peer-to-peer fashion, so their source cannot otherwise be proven. The generation and verification of these signatures are computationally complex and constitutes the primary bottleneck in products like ours. By contrast, in centralized databases, once a connection has been established, there is no need to individually verify every request that comes over it.

In a distributed database such as a blockchain, effort must be expended in ensuring that nodes in the network reach consensus. Depending on the consensus mechanism used, this might involve significant back-and-forth communication and/or deal with forks and their consequent rollbacks. While it’s true that centralized databases must also contend with conflicting and aborted transactions, these are far less likely where transactions are queued and processed in a single location.

Basically, the centralized database caters to a large section of the business world today, the Blockchain being the new player in the field also comes with some limitations despite its phenomenal performance and disruption it has caused in various Industries. What do you think about it, do let us know?