A trustworthy and robust environment provided by Permissionless and Public blockchains is now becoming an essential factor for the parties dealing in the Private and Permissioned blockchain. With that thought, a ‘Blockchain App Store’ is a concept thought by LedgerConnect.

With the idea of financial ‘blockchain app store’ that aims to make it easier for banks to access Distributed Ledger Technology (DLT) solutions from fintech and software providers, and for those vendors in turn to reach bank customers.

In fact, nine financial institutions are participating in the proof of concept (PoC) and have selected services from a number of vendors including Baton Systems, Calypso, Copp Clark, IBM, MPhasis, OpenRisk, SynSwap and Persistent Systems.

What has the platform to offer?

On LedgerConnect, financial institutions will be able to access DLT-based services in areas such as know-your-customer processes, sanctions screening, collateral management, derivatives post-trade processing and reconciliation and market data.

This new hub will address a connectivity gap, where upstart fintechs and large tech firms alike are faced with the cost and complexity of spinning up their own distributed networks so banks can consume their various applications, according to Keith Bear, IBM’s vice president for financial markets.

“Having a secure network and proven infrastructure allows an app store kind of model, where banks can identify applications from certified fintech and software providers and deploy these apps over a seamless blockchain network,” Bear told CoinDesk.

For Barclays, one of the most active banks in the DLT field, the app store is a way to test out a new approach.

Dr. Lee Braine of the investment bank CTO office at Barclays explained that there are several different deployment options to consider when architecting distributed ledgers for live environments.

A Use Case representation of the Blockchain App Store

“Some banks may also look to explore the more decentralized deployment option of hosting their nodes themselves,” said Braine. “By participating in the LedgerConnect proof-of-concept, Barclays is gaining experience of a distributed ledger private network aimed at connecting both market infrastructure-hosted nodes and bank-hosted nodes.”

LedgerConnect itself runs partly on a permissioned blockchain based on IBM’s blockchain platform, which in turn was built on Hyperledger Fabric, and all the apps currently in the store are Hyperledger-based. However, the founders are open to other enterprise blockchain solutions making use of the app store.

“We are not averse to supporting other ledger implementations, whether it is R3’s Corda, whether it is Quorum (provided these techs are robust and can meet the needs we have from security perspective etc.),” said Ram Komarraju, head of innovation and solution delivery at CLS.

Also Read: Malta on the verge of becoming the most advanced Crypto Haven country

Original consortium of the Blockchain

Stepping back, CLS can perhaps be thought of as the original blockchain consortium.

Granted, it was founded in 2002 (six years before the first blockchain was conceived) to provide plumbing for FX trades. But it’s been testing blockchain technology since early 2015, before Hyperledger started and when R3 was still flying under the radar.

The early CLS blockchain efforts were later formalized into CLSNet, a way of testing blockchain to match and net trades involving a range of new currencies not on the main platform, keeping immature blockchain technology separate from the core settlement engine used by 60 large financial institutions.

“There is a lot of trade processing we do for banks and buy-side firms, without getting to the last mission-critical aspects of the settlement itself,” said Komarraju.

As such, CLSNet will be one of the first applications on the new LedgerConnect portal. All these apps have been selected in the hope of removing typical reconciliation efforts and data duplication (remedies include things like capturing digitalized master agreements of derivatives contracts on a single ledger for example).

“Look at capital markets today, every bank has its own silo office systems even though they are trading typically with a counterparty that has the same type of business logic but using the same technology stack,” added Komarraju.

IBM and CLS go back ways, the main CLS platform was built by IBM. And LedgerConnect is a way of joining the dots between their respective financial infrastructure and blockchain work, at the same time extending the blockchain work CLS has been doing beyond foreign exchange into other capital market domains.

“This is really leveraging the combination of CLS’s position as a globally systemically important market utility owned by the banks, and also IBM’s investment in that,” said Komarraju.

Also Read: European Parliament: Cryptocurrenices can be used as an alternative to ‘Money’

Unlike the average PoC, LedgerConnect is at quite an advanced state, according to Komarraju.

“We didn’t start this on Monday,” he said. “We have institutions that have selected a number of use cases and these have been implemented and we are in the very late stages of proving the technology.”

While Barclays and Citi are the only banks being named at this time, big hitters like JPMorgan and Goldman, which are both parts of CLSNet, are logical candidates to take part.

Another list of likely suspects are the banks on the we.trade platform, which also uses Hyperledger in the form of an IBM software-as-a-service (SaaS) model.

Explaining why CLS couldn’t reveal all the participants in LedgerConnect, Komarraju hinted that some of these big banks are experiencing a bit of blockchain PoC fatigue.

“We cannot share the names of the full list of banks because we haven’t (yet) received the approvals from some of them. Some of them wanted to wait until the proof of concept is complete and others needed more time for internal approvals,” he said.

Meanwhile, Bear of IBM said the whole reason we are seeing PoC fatigue is that so many of them don’t progress. While this can be because of a weak business case, or one that doesn’t need a blockchain, oftentimes it comes down to the cost and complexity of getting a network up and running.

“In many ways, we are trying to get rid of that PoC fatigue,” said Bear. “I know we have to go through a PoC to do that, but it’s kind of inevitable.”

Do you really need a Blockchain? 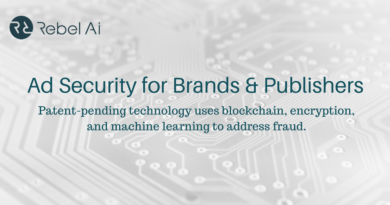 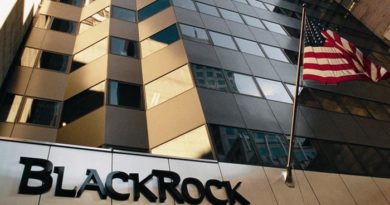