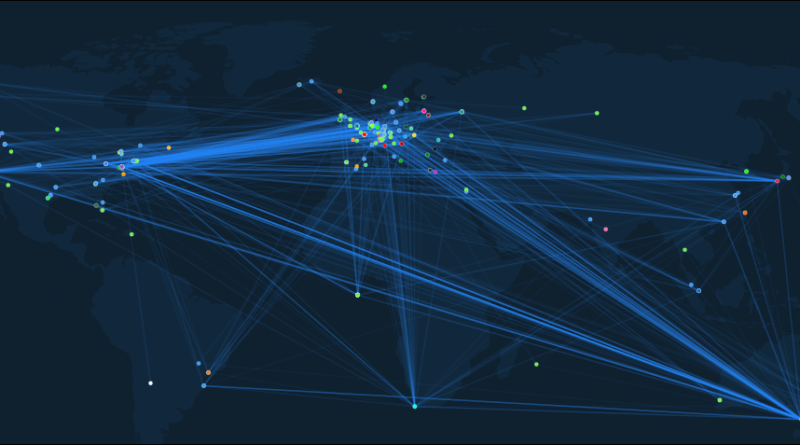 A Centralized vs Decentralized Network Topology, what are they and how are they different? The network topologies can be thought about as a digital map of the nodes(users) connected to a network, these topologies lay out the basic structure of how the data has to flow from nodes to nodes in a network.

A Centralized topology is the arrangement of various network elements used in data transmission and formation of interconnections like nodes and links with each other.

Below mentioned are the few basic arrangements and types of network topologies.

These are the basic network topologies that are followed by a centralized network, here you would see a central server distributed throughout the network via the nodes(users). These nodes transmit signals(information) through the selected topology which would be conducive enough for the organization’s requirement.

A blockchain as we know is a distributed peer-to-peer network where the network is decentralized and the nodes are connected to and rely on each other for the transmission of the data through the network. Imagine how this would look!

You can watch the live Ethereum Nodes on the Ethereum mainnet here.

Similarly, the Bitcoin network is also a decentralized one, remember in case of the centralized topology a central server governs the flow of the data and the topology is set according to it, the best topology that would cater to the requirement would most likely be set up.

But in case of a decentralized network, the structuring of a topology is a difficult task as every node can connect to each other, this doesn’t happen in a centralized network. Take a look at a Bitcoin’s lightning network and watch the nodes connected, there is no central server, so there is no obligation for any node to get connected to a central node.

'no trade' is also a trade